Sometime in the latter part of the year 1890, a small group of Baptist folk began to meet together in a room above a shop in the Harrow Road, near “The Mason Arms”.

By January 1891 under the leadership of the Pastor, The Rev. Arthur Bridge, they were formed into a church known as the Harrow Road Baptist Church.
Very soon afterwards they started discussing plans for an iron building, which was soon erected and situated near the large house almost opposite Sixth Avenue. 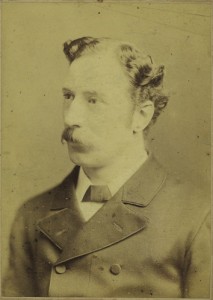 The Iron Chapel held approx 200 people and was opened with special services on Sunday March 3rd 1891.

The members and deacons began to discuss the possibility of securing a plot of land in Chamberlayne Wood Road (as it was known then) and Buller Road.
Rev J Spurgeon was asked for his counsel and guidance in this matter. Negotiations were soon begun for the site.

The Church on a new site as we now know it. The opening services were on New Years Sunday, conducted by Professor A.M.McCaig B.A.L.L.B. of Spurgeon’s College 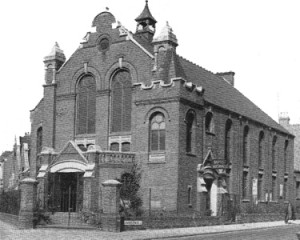 The name Tabernacle was a favourite in those days and it was some years later before the word “Baptist” was introduced into the title of the Church. Baptism laid stress on the immersion of the believer as the New Testament mode of profession
of belief

One of the things that disturbed the good folk most in those days was the horse-bus route, which was opened between Kensal Rise and Shepherd’s Bush. The horses were changed at Buller Road, and the noise of clanging chains and stamping hoofs was not conducive to the quietness of worship.

World War II, or the Second World was a global conflict lasting from 1939 to 1945

Many members were compelled to leave London.

The Church buildings were severely damaged by enemy action. 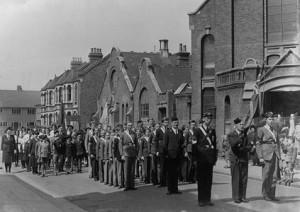 A meeting with the Moderator and deacons of Harlesden and Kensal Rise to discuss the possibility of sharing a Pastor, aided by a supplementary Pastor. It was agreed as acceptable

It was in 1982 that services were transferred to the Hall, because the church roof became unsafe

This was celebrated with a variety of events throughout the year. It began with a week of meetings, West Indian meal, Church outing, Anniversary day celebration, gospel concert, harvest thanksgiving, Youth service and finally the Christmas dinner.

More discussion and plans with a view to redevelop the church building. The new building was to be built so as to extend into the roof space in the future. 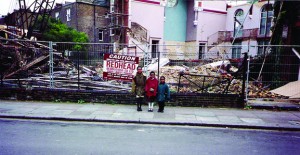 August 5th — The new church building was officially opened and dedicated. The dedication service was led by the moderator Pastor Andy Andrews. 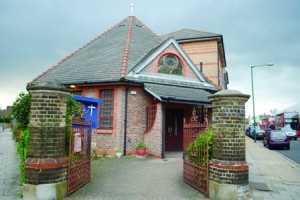 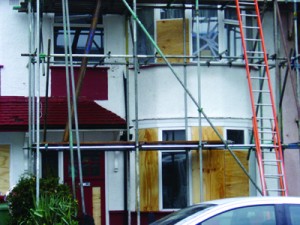 The proposal to the fellowship at a Church gathering on the 29th May 2010 was the recognition by the deacons and others that there was a need to move forward in a variety of ways including the Ministry, Youth work, Pastoral Care and Community Interaction. To do this we recognised there was an urgent need to upgrade and redecorate the Church

The church building was vacated to start the renovation work. The morning service was held at Manor School in Oakhampton Road and the evening service at the manse in Whitmore Gardens.

The renovation work was completed and the first service was on Sunday 17th July after spending 11 months worshipping in Manor School. 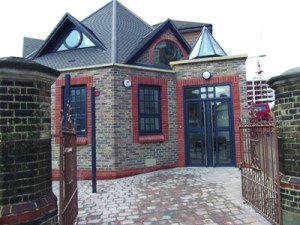 I am reminded of the story of the crossing of the river Jordan by the Israelites, it wasn’t the easiest of crossing because the Jordan was in flood, and the priests were expected to stand in the middle of the Jordan.

What seemed like an obstacle became an opportunity for them to trust God, and for God to demonstrate his awesome power in the face of difficulties. You will remember as the feet of the priests ‘touched the water’s edge’ the Jordan piled up in a heap and they were able to cross to the opposite side.

As a fellowship we have come through many challenges over the 121 years, for example there was a time when bankruptcy stared us in the face, but God brought us through it to the point where we have successfully refurbish His house to the standard that we enjoy today.

Today signals the beginning of a new adventure. Similar to the children of Israel we consecrate ourselves to God because we believe the Lord is about to do ‘amazing things among us’.
So let us ‘be strong and courageous’, let us be careful to obey all His word, let us not turn from it to the right or the left that we might be successful in whatever we do.
Joshua 1 v 1-9